There’s some kind of hype around climate data these days. Since the UK’s National Weather Service recently published an enormous set of weather station data files there’s a growing number of visualizations spreading the net. Among a few other examples I found this very nice and clear looking chart: [caption id="" align=“aligncenter” width=“560” caption=“Figure 1: Visualization of climate changes taken from EagerEyes.org”] 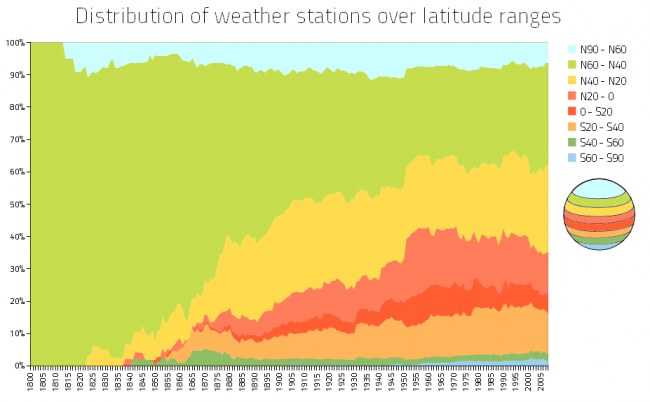 Figure 2: Distribution of weather stations over latitude ranges[/caption] You can see that there was a steady increasing number of weather stations in the near equator regions. You can even find the peak around 1950 in this chart. As it’s always warmer near the equator than near the poles and this temperature difference is much bigger than the estimated increase over 200 years, one cannot simply average the data from unevenly distributed weather stations. The more stations you have in africa, the higher your global temperature gets. What you have to do instead is something like taking the average of the average temperature of the weather stations on the same latitude. I think this type of error is called a systematic bias. So, who is going to make a corrected version of the firstly shown chart?