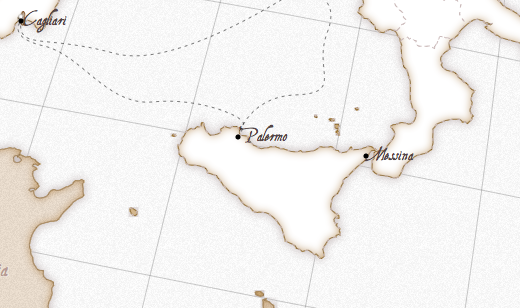 Over the last two years, cartography has drawn my attention from time to time. In 2009 I started my work in the field by porting the PROJ.4 library to ActionScript. My first notable interactive map application was a world map widget for the Piwik Analytics project, which is in use until today. It was born from the need to have a simple world map that is lightweight, easy to use and completely independent from external map services like Google Maps. A lot of things happened in the field since then and some cool mapping frameworks have been released. Google Maps keeps innovating and gives people lots of reasons to use their service, even on a commercial basis. But still one thing seems to never change: the Spherical Mercator projection.

# Why should we care about map projections at all

So why should we care about map projections at all? To answer that question, I kind of like to point to an analogy to photography. As a photographer, you probably would never consider working with just one camera and a single ancient and highly distorted lens. Of course, it might be fun to work with that lens, but once you face its limits you get odd of it. Instead, you carry your big bag of equipment with you, knowing that for some shots you will need the tele, while for others you need a wide angle. Some lenses work good at night, others give you the best results in sunlight etc, etc. Good photo journalists know exactly how to use their equipment in order to put their objectives into the exact perspective and context they need to underline their stories.

In contrast, data journalists are nowadays limited to just one projection. To illustrate the journalistic dimension of this limitation I will now show you three maps of the same geographic area. The first uses the well-known Mercator projection: 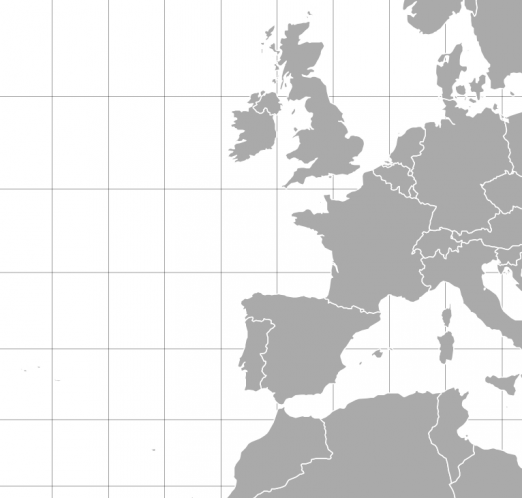 The Mercator map looks neutral, clean and… boring. In fact, the projection shows the earth as an cylinder shot from an infinite distance. You really can’t distort a view on our planet much more. Note that the area of Spain looks as big as (and maybe even slightly smaller than) Germany. In contrast, the next map uses an equal area projection. 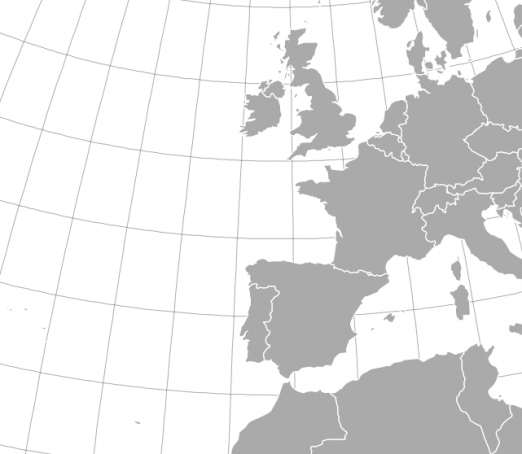 The curved grid lines indicate that we’re living on a spherical planet, but still we are looking at it from an infinite distance. Looking at the equal-area projection, one would now say that Spain is slightly bigger than Germany (in fact it is 141% the size of Germany). You can easily imagine scenarios where true areas are really important, say if you want to show the extend of devastation of the latest environmental disaster or something… And finally, here’s the last shot which shows the same geography using the tilted satellite projection: 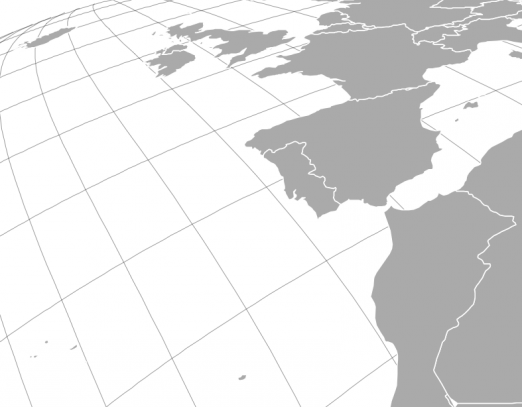 Now the projection looks more like a photography taken from a point more close to the surface (in fact, it was taken 4464 km above Morocco). It immediately places the viewer into the cartography and inevitably forces us to look to a specific direction. Using satellite projections gives us a completely different sense of scale and can shift the context of map-driven stories dramatically.

Now tell me, which data journalist would want to do without that?

Since I know that it’s kind of unfair to propose new awesome features while knowing that almost nobody is able to use them, I decided to turn my ideas into code. For 4 months or so I had been working on a new mapping framework which I finally named Kartograph. Here’s a bit of the rationale behind Kartograph. Most notably Kartograph…

So is this the project you mentioned on my blog way back when? I should have been more proactive on getting hooked into the development!

I certainly understand the rational of needing a solution that is independent of tiles, and hosted mapping solutions. The automated shapefile -> visualization is also a great idea and very much needed.

I was wondering if you could touch on your thoughts on what sets kartograph apart from something like d3.js 's mapping capabilities.

It has a limited set of projections:
https://github.com/mbostock/d3/wiki/Geo-Projections

and the end result is svg that is styled using css. Is kartograph’s focus to really streamline the process in a way that is not possible with d3? Does the concept of layers in kartograph provide a more robust / easier to understand framework for building out a map (as opposed to, for example, just styling separate geojson files differently in d3).

I certainly think kartograph is a great option - just would like to hear what specific limitations of something like d3 that kartograph deals with. Thanks again!

Yes, of course I know about the geo features in d3 and would have loved to integrate Kartograph into the d3 ecosystem.

However, mbostock has once made the fundamental decision of not caring about legacy browsers like IE7, which is absolutely okay if you’re creating visualization libraries mainly for fun and/or academic reasons. But if you want to create a something that is supposed to be actually used in newsrooms that attitude simply doesn’t work.

I know that it is a petty and I really love d3, but for the reasons mentioned I had to build Kartograph on top of RaphaelJS, which, as you know, has built in a VML fallback for Internet Explorer.

The strategy for Kartograph is to at least provide the core features for IE users as well. Of course, some of the advanced features like SVG filters don’t work, but that should be ok since you can easily apply a different stylesheet for IE.

For some of the features that are not related to SVG I decided to at least use APIs that are somehow close to d3. For instance, the way scales work in Kartograph is quite similar to d3.

Of course, thanks to the low level nature of d3 it is also possible to mix both frameworks. Kartograph provides a simple interface for translating lat/lon coordinates to x/y and you can easily pipe those into d3 visualizations. I actually saw someone doing this last weekend 😃

It is fantastic you took the time, patience, design skills, to create such a library to draw beautiful maps… from scratch.

This project, assuming you will make it Free Software (I hope so!), will have a major impact on web development and even apps in the future. Thank you for taking the time to do it. Kartograph was very much necessary and we are proud to have helped you start this project 😃

I have been thinking about doing something like this for months, after finishing http://migrationsmap.net, which is also built on top of Raphaël. I am at the same time glad and a bit jealous that somebody executed, and in an beautiful way, on this idea.

By the way for the geojson conversion to svg, you might be interested by the following script: https://github.com/madewulf/MigrationsMap.net/blob/gh-pages/geojsontosvg.py That said, it is neither very polished nor tested on multiple geojson files.

Kartograph really looks gorgeous and even just watching the example makes me feel like I have never felt when using Google Maps 😃
Can’t wait to give it a try!

Awesome. Thanks for the clarification of why you chose this route.

As a suggestion, it would be great if the projections showcase
http://kartograph.org/showcase/projections/#ortho

Could help provide more rational for why people should care about trying out these other projections.

Congratulations for the project.

I don´t see this as an alternative to tiles. I believe both can (should) converge (for instance working with geometric transformations on Mercator bitmap tiles). What do you think.

You mean like they did in this webgl globe example? That is totally possible but will never give you the same quality compared to tiles generated after projection.

While I disagree that IE7 support should be a priority in a forward-looking framework, I’ve long been dismayed by the general zeitgeist that “web Mercator” tiles have solved cartography once and for all.

Over a year ago I did some experiments using WebGL to do morphing raster reprojection, and before that I had a shareware geotagging app called Mercatalog that would actually switch projections as you navigated around the map (e.g. polar for the poles, stereographic for higher latitudes and Mercator for mids). It was very fun to play with — I suppose I should combine the two ideas sometime!

[…] the idea of starting the map creation process with choosing a map projection. As mentioned in my last post, the projection can be seen as a very crucial point of every map. It allows you to define the […]

Stunning - have been looking for something like this. The Italy example is beautiful. Can’t wait to give it a try. Thanks!

WOW, GREAT work, thanks a lot!

Yes I do think it is worth the effort, svg mapping is just in it’s infancy and as we have mature mapping solutions for bitmap graphics (WMS, Mapnik, …) I think that there is a sweet spot for applications like this.